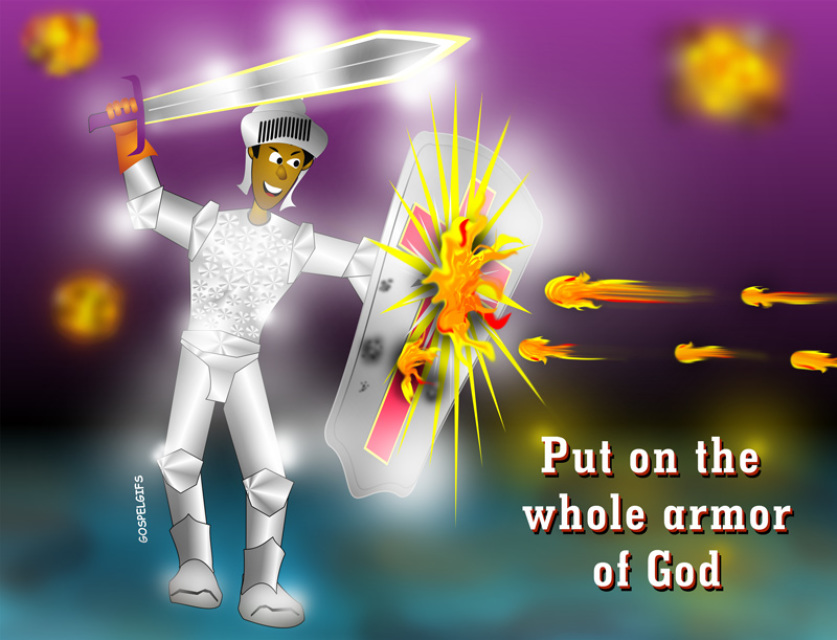 "Put On The Armor of God" Theme Packet - POA-PACKET

SKU:
$3.25
$3.25
Unavailable
per item
In each of the chapters in the five-part story, "Jerry's Armor" written by Crystal Gingrich, Jerry learns how to use another piece of the armor he has been given as a Christian. The story can be used as a basis for a VBS or a Junior Church Theme."Put On The Armor of God" Theme Packet. This packet gives a daily theme with a suggested Bible story, Object lesson, and Memory Verse for each day. It also contains game ideas, verse sheet ready for copying, suggested songs, related materials, presentation and lesson ideas, and a sheet of petterns. (Theme Packet Cover Illustration supplied by GospelGifs.com and is copyrighted and used with permission.)
Put On The Armor Theme Packet - POA-Packet - $3.25